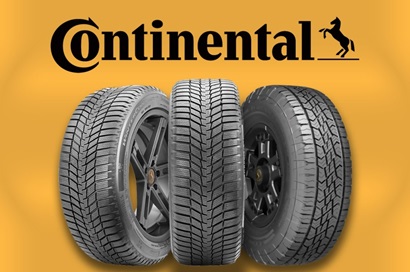 The Continental brand was founded in Hannover Germany in 1871, it started as a rubber company, it was in 1898 that they started manufacturing tyres. They even from inception, they have been at the head of many innovations. The groove of tyres which we so take for granted was first manufactured by Continental tires, this was in 1904, and then one year later the company made another invention. They were the first people to fit in detachable wheels in cars. By 1920 the company had become one of the biggest rubber companies in Germany and as at now, they are the world’s fourth largest tyre manufacture.

Now the headquatres of Continental tires, America division (both North and South America) is situated in Fort mill, South Carolina. Apart from the mechanical and electronic part of cars, this company is also very interested in what the future of vehicular movement. Therefore, they are investing a lot into research, not just tire research, but also research into other automotive sectors. For example, Continental has a research facility in Silicon Valley California, which majorly deals with research and development for self driven cars.

Apart from success in business, they’ve have also had successes in the world of racing too.

By 2008 Continental tires Middle East region became a legal entity and of course continental tyres in UAE became popular as a result. There’s a Continental office in a lot of the countries in this region, with its regional headquarters being in Dubai.

Continental tires Middle East region is concerned with providing customized and tailor made tyres for this climate. So all the tyres made by Continental AG for this region, puts into consideration the hot weather conditions of this place. This in itself is a reason to buy continental for those who want to buy tyres in UAE. It’s being tailor made to suit your car and climate needs. An example is the ‘Generation 6’ tyres which were introduced in 2017, tailored for local cars and the climate.

German engineers are some of the best in the world; German tech is known for durability and excellent detailing. That’s like the same thing you’d be getting when you buy a Continental tire.  A tyre that has been made by some of the finest tyre engineers in the world. Therefore you can be assured that what you’re buying is of the highest standards. Little wonder almost a third of car manufactured in Europe comes with Continental tire as a standard issue.

Continental Ag makes tires of premium quality, tires that you can always trust. And irrespective of your vehicle needs, whether a race car, a Sports Utility vehicle or an off road truck Continental tires Middle East just has the thing for you.