Look Out For Truck Tire Blowouts 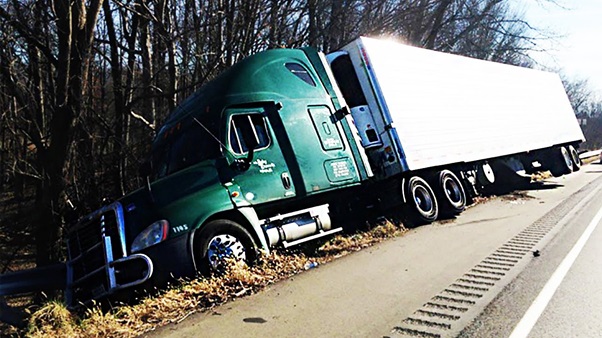 Texas 18-wheeler accident lawyer Greg Baumgartner recently revealed that the rate at which cases of truck tire blowouts due to tire disintegration occurring is rising year on year. According to him, this is a major contributor to some of the most serious accidents that occur on our roads. This should be a fact that should shock us into action to do something about this growing problem, so that more lives don’t need to be needlessly ruined from a preventable accident.

A sudden incident of tire blowout could make the driver of a lorry lose control of the lorry. It is hard enough for a driver of a normal family car to maintain control of their vehicle when a blowout occurs, let alone a truck driver.

The result of this is that other road users suffer it too, as it can lead to other crashes. Even without getting into direct contact with other vehicles, drivers of other vehicles are likely to panic and will try to swerve away from the lorry in a bid to avoid the unfolding accident. This could result in a chain reaction of catastrophic events. It is not surprising that such crash can cause severe injuries and death, even though the driver may be successful in re-gaining control of the vehicle. This is why blowouts need to be avoided at all costs because of the devastating impacts that can occur if such an incident occurs.

By now, you must have understood how dangerous a truck tire blowout could be. It is common to come across a commercial truck fully loaded with cargo weighing up to 80,000 pounds, which is a massive amount of weight. This enormous weight of the lorry contributes to its longer stopping distance, which adds more to the driver’s battles while trying to stop the vehicle in an emergency when trying to avoid an accident.

One of the worst-case scenarios of a truck tire blowout is the truck veering off in another direction, thus resulting in the truck rolling over or it could get jack knifed. If this occurs, fatalities are often inevitable. Crashes involving big lorries are usually not common, but when they do occur, make no mistake about it, five to ten vehicles could get affected.

You can reduce incidences of tire blowouts by taking your repair and maintenance procedures seriously. Tires that are maintained are less likely to blow out and cause crashes. It is not that hard and fortunately not time consuming to check your tires.

It is very necessary if you have been involved in a big lorry accident as a result of a tire blow out that you contact a good and reputable accident attorney to handle your case. Greg Baumgartner is a reputable accident attorney that would advise you rightly on how to make a claim for compensation. It is very important that you hire this kind of lawyer who is well versed with truck accidents, as they know exactly what to look out for and what to do in order to make a successful claim on your behalf.