What Are Crash Attenuator Trucks? 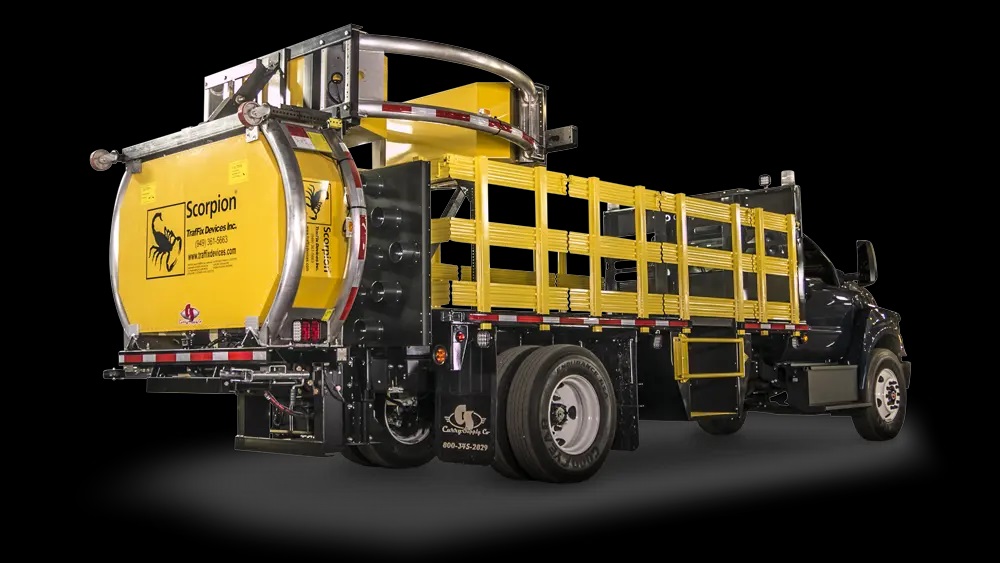 If you are not in the road safety business, chances are that you have never heard of a crash attenuator trucks. However, these vehicles are one of the most important and the simplest way to protect the road workers. You have probably seen them many times, without ever thinking about them.

In order to understand just what these trucks are and why they are so vital, we reached out to a specialized truck manufacturer, Curry Supply for clarification. Here’s what they had to say.

What Is a Crash Attenuator Truck?

This vehicle can be very simple, with just a flat-bed truck with a specialized traffic device which is mounted on the back of the vehicle. This also gives these vehicles their abbreviated name, TMAs.

These vehicles are used by roadside workers when they need to make repairs or other work on live roads without closing off the road entirely.

The vehicle is parked in the lane just behind the workers with clear light signalization to the drivers to slow down and switch to a different lane.

However, what makes these truck particularly favored by the roadside workers is the traffic device at the back of the truck – which is essentially a big impact absorber. In the case that someone crashes into the device, it crumples and absorbs the impact, thus protecting the workers.

Even though they are primarily used to protect workers on highways where high speeds are common, these trucks can have a lot broader uses.

Certain local governments have used these trucks to designate closed roads, as temporary guard rails, to support toll, and even to protect protester from traffic gates and many more uses.

Wherever you need to protect a location from a potential vehicle crash, the crash attenuator truck is your best bet.

Why Use a Crash Attenuator Truck Instead of a Static Barrier?

Some of the use cases listed above can easily be replaced with a static concrete barrier. Which raises the question why such a truck would be necessary. There are a few solid reasons why.

First of all, a crash attenuator truck is a truck – meaning it can serve other functions and carry other materials and equipment. Additionally, as a self-propelled vehicle, it can easily be moved to any location you need it and can do so quickly.

The last good reason why a crash attenuator truck is relevant is due to the way it stops a potential crashing vehicle. Whereas a concrete barricade would stop a speeding vehicle, the effects of such a crash would be quite severe. Thanks to engineering, the crash attenuator mounted on a truck is much safer for the vehicle impacting it.

How Does the Crash Attenuator Work?

There are several different methods used to safely stop a speeding vehicle, but they all revolve around removing the kinetic energy from the vehicle. Crash attenuators which are mounted on trucks use the method of material deformation. The attenuator itself gets deformed at impact, creating a crumple zone which not only stops the vehicle, but also does it more safely than slamming into concrete.

Some attenuators use materials such as foam to achieve this crumpling, others have an internal lattice structure which gets flattened, but they all provide a more gradual stop for the vehicle.

Road safety features change and adapt as new technologies become available. Once the crash attenuators became a feature, the safety of road workers has improved drastically.  Even better, as material science improves, the crash attenuators can be fitted on smaller vehicles, making them viable not only on open roads, but also in metro areas.