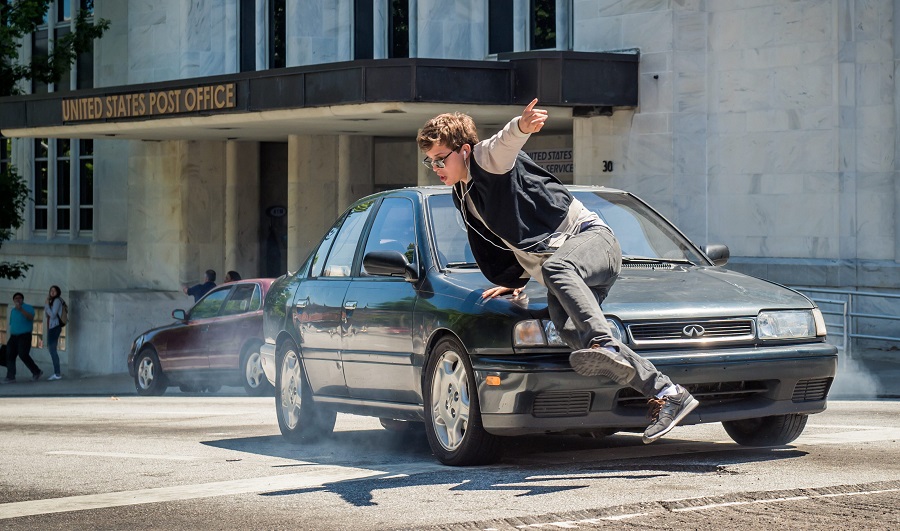 Cars are the protagonists in “Baby Driver”; knows five of the models that appear in the new film by Edgar Wright.

In Baby Driver , the new film by American director Edgar Wright ( Shaun of the Dead, Hot Fuzz ), the great chases and the musical selection create a unique atmosphere, full of style and adrenaline. Therefore, this action film cannot be understood without the cars that Baby, the main character, played by Ansel Elgort, uses.

Director Edgar Wright wanted to make the action scenes as realistic as possible. Jeremy Fry, who coordinated the Baby Driver stunts , points out that doing it differently, and adding cars via CGI car photography, doesn’t feel real. “When I read the script, I didn’t find anything that was impossible to do.”

Fry revealed that Elgort performed many of the film’s maneuvers, but had to limit himself due to the complexity of certain stunts, as well as the availability of the protagonist, who was sometimes filming while the second unit was filming a chase scene. Also, the Subaru featured in the tape became Ansel Elgort’s first car, who later had to call Fry because he couldn’t remember how to reverse his car, as it had a standard transmission.

These are some of the most representative models from the film, which will hit commercial theaters on August 11.

This car stars in the opening sequence by bringing together the best of two worlds: A track record in the racing world and a classic sedan look. Baby and the rest of the team flee from the police and manage to hide in the city traffic. The interior of the car used was customized for the film. According to Jeremy Fry, who designed the tricks, despite the high speeds this car offers, the chance for error was minimal.

The luxurious car of Doc (Kevin Spacey), leader of the criminal group, matches his refined and intimidating image. No wonder: The Mercedes S-600 is one of the most elegant specimens on the market. The 2017 model has 449 horsepower and a 4.7L engine. Both interior and exterior lighting is LED, and the cabin represents the utmost care to detail. Its sound system makes this car a mobile concert hall. Its flawless design steals glances wherever you go.

Baby imagines better times when he can drive freely with his girl in this car: A star among the luxury cars of the 1950s. It was designed by Harley Earl, and was 5,674 meters long. Originally launched in 1953, the second edition of the Cadillac El Dorado shared a skeleton with the standard Cadillacs, and changes made by the company allowed the car to increase sales, quadrupling the achievements of the first version.

For one of the most exciting scenes in Baby Driver , it was necessary to have an incredibly fast car. Thus, the Dodge Challenger Hellcat, which reaches 190 km / h and has 707 hp, was ideal. At the time of its launch, the Dodge Challenger Hellcat was one of the seven most powerful cars on the market, and it remains one of the most iconic muscle cars – sporty and aggressive -. Due to its capabilities, this model also shone on the British Top Gear program.

This sober specimen is used when the team is collecting new weapons for their heists. The Cadillac Deville was first released in 1959, and the last specimen rolled out of the Cadillac plant in Detroit in June 2005, when it was the company’s longest car. The 1996 edition was part of the seventh generation of the Cadillac Deville, which would become one of the most elegant models of the decade. It had a 4.9 L engine and 275 horsepower.