Popular Tuners for Cummins You Should Know For Ultimate Performance

When you consider the raw power and want to get the ultimate raw experience, nothing can beat the performance as like the 6.7 l Cummins offer to the passengers. As the owner of the car, you have better knowledge about the outstanding benefits this vehicle offers to the riders. The 6.7 l Cummins is having one of the largest and most versatile engines in the industry and takes pride due to its long-lasting history it carries in the vehicle industry.

It has a huge reputation among the car lovers as one of the best and leading Dodge Ram models available in the market. While many car owners like the standard engine of this vehicle, but there are various other ways to improve the performance of the Cummins, by just using the plug-and-play adapter, which is also referred as the 6.7 l Cummins performance tuners. The raceme tuners are the most popular tuners used in the Cummins model to enhance the performance of the engine. These devices are simple yet effective and they have small modules that the car mechanics attach on the vehicle.

It is one of the popular tuners when it comes to tuning the engine of the Dodge Cummins 6.7L 2007.5-2012. This device has everything that makes it popular as the tuner. Some of the features of this tuner include easy installation, no tools required and no fuses to pull, it improves the fuel economy, it is highly reliable, has three different performance levels as like the 40hp / 70hp / 100hp, USB built to get the simple updates on internet connection, has the fastest download option in the industry, about three times faster than the normal. When you are going to install this tuner, it is very important to consult with the service provider or else you might find problems regarding the installation of the same.

It is another popular tuner for the 6.7 L Dodge Cummins along with the RaceMe Pro. The entire version of this tuner provides much more adjustability and horsepower as compared to other tuners available in the market. The technicians suggest not re-installing the exhaust sensors in the exhaust system. Some of the features of this tuner are removing the DPF system and other related sensors, removing and adjusting the top speed limiter, highly reliable, it works on the OEM hardware, no tools are required for installation, tune the engine with the high Horsepower up to 200HP in the 10 stages.

When you are thinking to install the tuner to the engine, it is better to avoid the wrong installation technique and it can create the problems with 6.7 Cummins. For better functioning, follow the steps or the instructions carefully.

Getting A Car Leasing Plan In Singapore? Here’s What To Consider 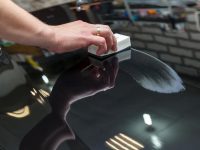 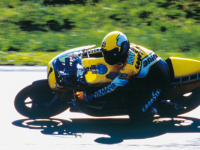 The evolution of the motorcycle knee pads 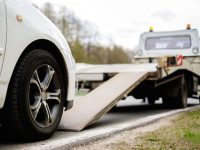 5 Ways to Find the Best Towing Service for You