How to Shoot a Rifle 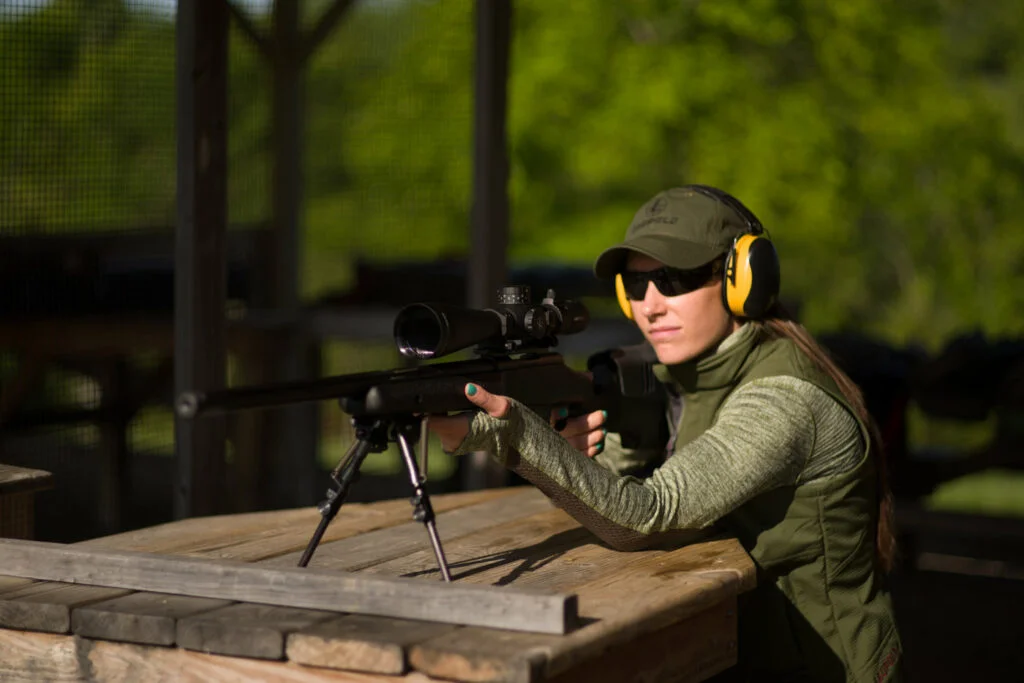 Always treat the rifle as if it were loaded. Always wear ear and eye protection when shooting. Keep the safety lock on until the rifle is in firing position. Never put your finger on the trigger until you are ready to fire. When you are not in a firing position, keep the barrel pointed up or straight towards the ground, never aim the gun at yourself or anyone else and assume the rifle is always loaded. Visit aliengearholsters.com

Before you attempt to aim, load or fire a rifle, learn to appreciate a rifle and its uses: a dangerous and powerful tool.

Hold the gun properly. [1] The rifle must be held in the non-firing hand at all times in the center of the palm, approximately in the middle of the rifle grip. Hold it firmly using the “V” formed by the thumb and forefinger. Grasp the grip of the rifle with the hand used for shooting (hand used for writing) against the grip behind the trigger. Grip the rifle securely but gently, as when you shake hands lightly.

Point the gun in the firing position. Pull the gun slightly toward your shoulder, with your hands in the same position, but the gun pointed up. Pull the butt of the rifle firmly toward the shoulder. Not placing the gun tightly on the shoulder will make the “kick” more painful when you fire it. A tight shoulder position allows your body to absorb the kick, and if it’s not tight, the gun will bounce into your shoulder.

Your feet should be shoulder width apart, knees slightly bent, with your body tilted about 40 degrees toward the target in the shooting hand position.

Develop your swing. With the rifle unloaded, make sure the safety is on and practice aiming the gun into the firing position quickly. Push the rifle away from your body, then place the rifle butt against your shoulder, keeping it firmly against the shoulder bag formed by your body.

As in golf or tennis, firing a rifle is half the swing. Whether you’re sporting shooting or hunting, getting your rifle into a shooting position quickly and comfortably is an important start in the process.