The History of Windshield Wipers 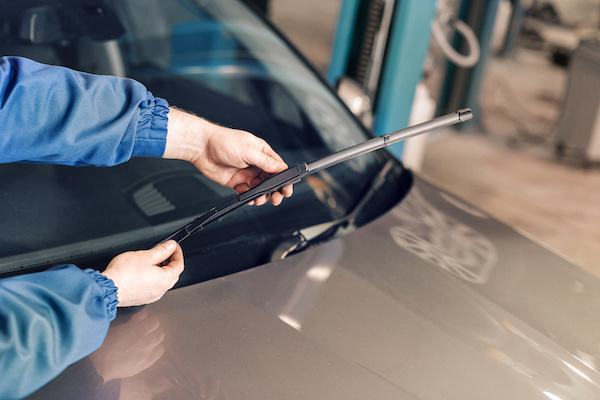 Why We Can See In Our Cars When Bad Weather Strikes

When bad weather hits, the first two things you turn to are your wits and windshield wipers. We take windshield wipers for granted, but they are essential for keeping us safe on the road. Waiting for a test drive at a used car dealership? The history of windshield wipers is fascinating. So, take a few moments while you wait to learn how these lifesavers wound up on every car you drive.

An Alabama woman named Mary Anderson invented windshield wipers when she was visiting New York. In 1896, she looked out from her trolley window to see ice covered streets and buggies pulled over on the side of the road, because they couldn’t see through the wintry mix. Anderson was a woman of many trades: real estate developer, cattle rancher, and winemaker.

It wasn’t just other trolleys and coaches that couldn’t handle the winter road conditions; it was also her own. In order to get Anderson to her location, her driver had to roll down his window and stick his head out of the window. That icy blast of cold air was enough to gain the U.S. Patent No. 743, 801 for the “Window-Cleaning Device.”

Anderson’s invention isn’t quite the modern windshield wipers we know today. They were removable, because windshields on trolleys, coaches, and buggies were small, and the wipers would obstruct the driver’s view. They were also spring-loaded and could only be operated through constantly pulling a lever that was next to the steering wheel.

The Window-Cleaning Device was met with apprehension, and Anderson made no money from her revolutionary invention. Many manufacturers believed her windshield wipers were dangerous and would distract drivers. Eventually, windshield wipers became standard features on many vehicles by 1916, but Anderson’s patent expired before she could gain royalties.

Windshield Wipers Needed an Upgrade – This Wasn’t It

As trolleys turned into trucks and cars, hand-operated windshield wipers just would not do the job. While the history of the windshield is rich, it’s laregly undocumented. However, it’s reported that one of the major developments in windshield wipers came from another woman: Charlotte Bridgewood.

In 1917, there was a U.S. Patent issued for an “Electric Storm Windshield Cleaner.” This is believed to be the first fully electric automatic windshield wiper, except instead of blades, Bridgewood used rollers. This led to her invention being commercially unsuccessful.

Automatic Windshield Wiper Blades Came Onto the Scene in the 1920s

Two brothers from Ohio introduced the first pair of automatic windshield wiper blades in 1922. William and Fred Folberth provided automatic movement to windshield wipers by moving air from the exhaust to an actuator that moved wipers back and forth across the windshield.

While drivers liked the cleaning power of windshield wiper blades and the idea of not having to manually move their windshield wipers, it caused wipers to speed up or slow down with your vehicle. This made driving safely in the elements a problem.

Thankfully, the Tri-Continental Corporation (Trico) came up with a better version of the windshield wiper. As the story goes, Trico founder, John Oishei, got into an accident with a bicyclist, because he couldn’t see out of his windshield. Determined to avoid another accident, Oishei created an automatic spring-loaded wiper that maintained constant force with the glass, which caused the windshield wiper to become more accepted by drivers and manufacturers.

How a Popped Champagne Cork Led to Modern Windshield Wipers

On his wedding night in 1953, Robert Kearns of New York popped a champagne bottle. Its cork shot out of the bottle, caught his eye, and left Kearns partially blind. Kearns had trouble driving in the rain, due to troubled vision. Heavy rains made it worse.

It inspired Kearns to create the intermittent wiper system, which was modeled after the human eye, which bli,nks only every few seconds not continuously. He presented his idea to Ford, who immediately wanted this technology in their cars.

So, What’s New With Windshield Wipers?

Manufacturers are still working on improving the windshield wiper for your driving experience. Soon, you won’t have to worry about the undesirable screeching noise that comes with wiper use. You can also expect to pay a lot less for higher-quality windshield wipers, because Trico is still investing their time in improving this critical technology in your car.

While you’re searching for “used car dealership near me,” think about all the people who contributed to keeping you safe and your eyes on the road, because we wouldn’t get anywhere without windshield wipers.