How Long Does a Clutch Last? 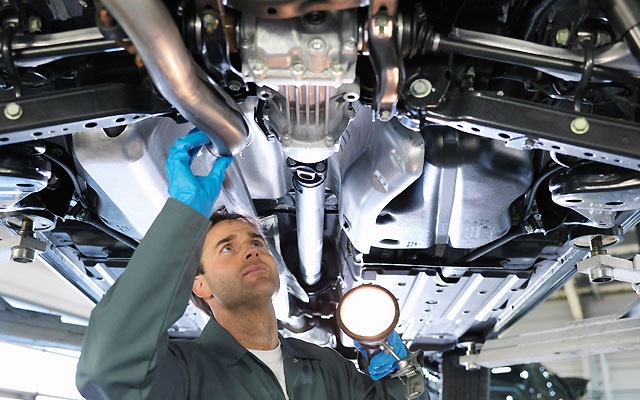 If you’re driving your first manual transmission vehicle, there are a few adjustments to make in your maintenance and upkeep routine. You won’t have to worry about transmission fluid flushes and changes the way you would with an automatic, but you will have to keep an eye on your clutch performance and the smoothness of your shifting as you move through traffic. That’s because while the clutch is a long-lasting part of your transmission on a manual, it’s still a piece that wears over time, so it’s got a limited life expectancy compared to the vehicle as a whole. Like the timing belt and other important parts, it probably won’t need more than one or maybe two replacements over the lifespan of the vehicle if you’re careful, but you will occasionally need clutch repair in Salt Lake City unless you’re a die hard DIY mechanic with a lot of time on your hands.

So When Should the Clutch Be Replaced?

The estimated lifespan for the average OEM clutch design is about 50,000 miles, but that’s really just an estimate. You’re going to find plenty of drivers who tell you they needed to replace it at 30,000 miles, and probably more than a few whose clutch was still working smoothly at 100,000. So, is it luck? Well, somewhat. The estimated lifespan of your clutch is based on common road conditions and average driving habits. Car companies and parts designers do a lot of testing to determine the average wear and tear, using dozens or even sometimes hundreds of test units before declaring a recommendation for replacement. That means your car might have an estimated clutch lifespan that’s a bit different from the estimate given for overall OEM clutch performance, and that will change how frequently you need clutch repair in Salt Lake City.

Get More Miles Out of Your Clutch

If you want to maximize your clutch lifespan, you need to reduce the strain on the part. That means shifting smoothly, which requires you to learn the right timing for your manual, but once you do, it also leads to a more efficient acceleration curve. Remember, each time you shift up, you also have to shift back down before you stop, so going lighter on the accelerator will also help you avoid excess shifting. You can also look into aftermarket designs that increase the performance of your transmission while providing a more rugged build to extend the life, and the people who provide your clutch repair in Salt Lake City can probably give you some ideas for options.