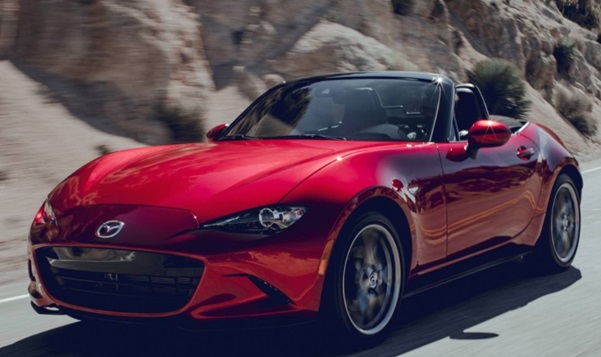 If it seems like that it was just the yesterday when the all-new MX-5 Miata from Mazda debuted in the sports car segment, you are actually talking a time five years back, when it was 2016. All this has only one simple meaning that the Mazda MX-5 Miata is all but new, and is now nearing its six model year edition since its launch date. So, it is normal for the automakers think that it is time Mazda must consider a full redesign for this exclusive sports car in its stable, but let us see, what in reality the upcoming MX-5 Miata series from Mazda is planning to pack for its journey to roll in the year 2022. To get the most authentic updates, we chose our long-trusted Mazda dealership Paradise Nevada where we received lots of information regarding this upcoming sports car edition of Mazda MX-5 Miata.

Will it Have Special Revamps?

They revealed the truth that it’s quite doubtful that we’ll see a complete revamped model for the 2022 MX-5 Miata series, since this sports car niche generally takes longer time for their product cycles. But still we can expect a handful of special trim editions, while the exterior might get painted in new color options, and even a light refresh can be witnessed in the overall design cues of the 2022 Mazda MX-5 Miata. They also assured us of the fact that the RF hardtop model will be continued to complement the standard ragtop versions.

Taking about the inside, the press releases say, not to expect any revolutionary changes in the cabins of the 2022 Mazda MX-5 Miata. It will be the same 7-inch touchscreen, the much appreciated three-spoke steering wheel, and large HVAC knobs, adorning the flat dash to ensure maximum visibility.

Sporty Characteristics of the Power Line

While the 2022 Mazda MX-5 Miata remains to be one of the most fun to drive vehicle, it limits its power to a meagre 181-horsepower which is earned from a docile four-cylinder engine that doesn’t sound all that great on the order sheet. But there’s no point in grumbling since Mazda has already made its point clear that it will be committed to turbocharging the 2022 MX-5 Miata models across its entire lineup, to ensure a greener atmosphere.

Mazda has also committed that it will convert its 2022 MX-5 Miata into a fully electrified car that will encourage the buyers to go all-green by the year 2030. Reports from authentic sources claim that Mazda has confirmed its next-gen Miata being electrified fully as an EV or at least offer a hybrid option.

To sum up, the 2022 Mazda MX-5 Miata series will have all the major characters maintained as before, except for the electrifying project. On the other hand it will offer a fair amount of safety tech that will make driving this lightweight sports car all the more fun and easy. The year 2022 might promise the Mazda MX-5 Miata buyers a low-speed automatic emergency braking, blind-spot monitors, and lane-departure warning feature as standard, depicted the Paradise Mazda dealership.