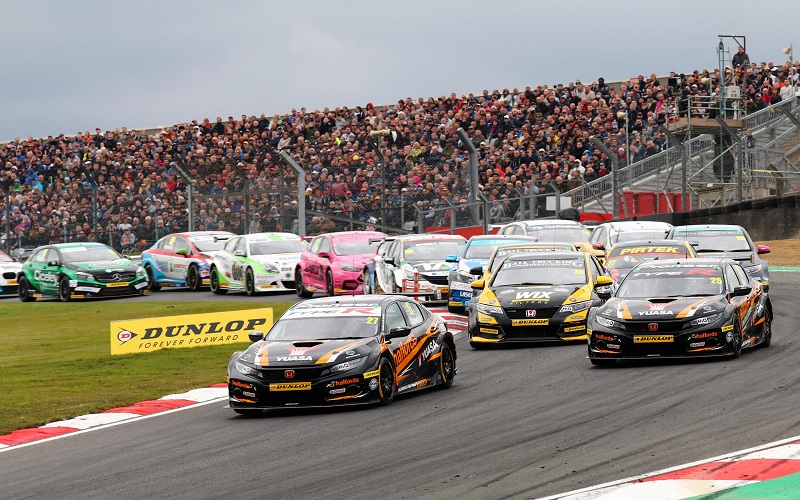 As a main Title Sponsor for this year’s campaign, Kwik Fit has teamed up with the Toyota Coralla and the driving star Tom Ingram to figure out what actually goes through to transform a normal road car to the racing version. Infact you will you find Tom Ingram speaking about Toyota & BTCC 2019 in different digital channels.

Everything from the technical aspects of a car such as gearbox, think engine and brakes along with the interiors are accurately taken into consideration when a normal road car is thought of to transform into a BTCC worthy winner. The automobile itself is completely stripped and reworked on the interior portion. Eliminating all the stylish, classy and comfortable cons from a road car, the racing version has to be light to make way for the bespoke steering wheel setup.

As it is expected that each and every difference has huge impact on the top speed that a BTCC car can go to make the entire race as much as competitive as possible.

Now let’s dive into the main differences to understand the distinction clearly between a Touring Car and a Road Car.

Both the cars share the 2.0L engine but, the difference between the two is that BTCC has 360+ BHP due to the requirement to generate as much power as possible. At the end of the day, it is an out and out race engine. In comparison to the road version which is not only considered as hybrid but also has less power at 180BHP. The road version is not only comfortable but also has adequate safety mechanism for the driver.

The BTCC model has push forward and pull back feature which is supposedly required to move through the gears at top of the speed, being aggressive &efficiently as there is no requirement of the clutch by having an Xtrac 6 speed sequential shift model fitted to it.

The car is light as much as possible and with the bespoke steering wheel setup for the championship. Comfort is not one of the key features here in the BTCC car whereas in the road cars comfort is the key along with it being stylish, classy, having good interiors along with Bluetooth a7 navigation integrated in it.

As there are several bends in the race hence brakes are one of the key consideration. Toyota has used AP Racing specified brakes of the car that would participate in the championship along with high friction brake pads and ventilated discs brakes. Whereas, discs brakes are not equipped in the road cars.

As BTCC model is a performance car hence it’s fitted with specified rimstock center lock whereas, for road cars it’s safety, comfort and fuel economy that comes as a priority. Though, both the cars have 17’’ alloy wheels.

Thus, championship isn’t that simple and the cars used there are also not the regular ones on road. Kwik Fit being the title sponsors of the British Touring Car Championships has therefore undergone this process to understand & share with us the understanding between the difference of Touring Car from the Road Cars.